Pentax has launched a new flagship camera, the Pentax K-1 Mark II. Besides, Pentax will offer owners of the current K-1 model an upgrade option.

[toc] The major new feature in the Mark II camera is a noise-reducing processor located between the image sensor and the image processor. The Pixel Shift technology has been improved. Before, you had to use a tripod for multi-exposure hi-res pictures. You can now take such pictures with a hand-held camera.

Also, the autofocus is faster than before, and the focus tracking has been improved.

The predecessor, the Pentax K-1, was launched two years ago.

Switching the logic board

Pentax is offering owners of the current Pentax K-1 an option to upgrade their camera. After the upgrade, the camera will include the same features as the new Pentax K-1 Mark II. A firmware upgrade is not enough. Pentax K-1 owners will be invited to send their cameras to one of the Ricoh service centers for replacing the main logic board with the one found in the Mark II model. Ricoh is the owner of Pentax.

The logic board replacement will give the original K-1 camera full Mark II functionality.

According to Pentax, the replacement service will cost 500 euros for European users, which is equal to approximately NOK 4,800. (US price is $550.)

Nordic Pentax K-1 users will be offered the upgrade service starting May 21, ending September 30, 2018, a spokesperson for Pentax distributor Focus Nordic told Kamerablogg.no. The 500 euros price tag will include VAT.

The Pentax K-1 Mark II can be described as its forerunner: A very solid piece of full-format mirror reflex camera. Pentax describes the camera body as unusually compact, but it is not a compact camera. The weight and size are close to the dimensions of Nikon D850 – a little heavier and thicker, but a little lower and tinier.

Loyal Pentax owners often mention the efficient weather protection system when asked what they are most pleased with about the Pentax brand. The camera body of the Pentax K-1 Mark II gives the impression of being solidly built, with a magnesium alloy body. The manufacturer wants to assure its customers that the camera has efficient protection against dust, humidity, and even running water.

At its core is a full-format image sensor (35,9 x 24mm) with a net resolution of 36 megapixels. Just for the record: The Nikon D850 resolution is 46 megapixels, the Canon EOS 5D Mark IV has a 30-megapixel resolution.

The noise-reducing processor will improve image capture in low-light situations. The top ISO level has been increased from ISO 204,800 to ISO 819,200.

The noise-reducing special processor is a new and exciting technology. But we do not know yet what effect it will have. We are looking forward to reading the first review stories.

Each pixel on the image sensor of a digital camera is either red, green, or blue. You get the optimal image when a particular pixel is registering a color element corresponding to the color of the pixel. The two pixels in the other colors more or less have to guess the color value based on the values registered by neighboring pixels.

The pixel shift process gives each pixel a greater chance of registering a color value in its own color specter. The result is sharper pictures with a higher resolution. At least that is the theory.

Some reviews of the Pentax K-1 have confirmed that such improvements occur. But the improvements are sometimes rather minuscule. The noise reduction can be quite overwhelming, though. The process increases the file size substantially, according to a Digitalrev review in 2016.

The extended development of the Dynamic Pixel Shift Resolution of the K-1 Mark II is a new so-called smart mode which makes it possible to use the technic in hand-held photography, not only when using a tripod. The image sensor reads the differences in the position of the objects photographed caused by the slight movement of the hands. The information is used to generate an image file with more details, more color information, and less image noise.

Once again, we are talking about new functionality which remains to be seen.

The autofocus system of the Pentax K-1 Mark II has been improved. 25 out of the 33 focus points are cross points that can focus based on horizontal as well as vertical elements in the picture.

According to Pentax, the system is working so well that you can take pictures when it is so dark that you nearly cannot see the objects in your picture. The autofocus system works down to the level of -3 EV, according to Pentax.

Pentax has improved the algorithms to give the Mark II a faster autofocus and improved ability to track moving objects during continuous autofocusing.

The new camera has a built-in five axes image stabilization system equal to five stops, according to the manufacturer.

The camera has a double SD card reader, built-in GPS, and six LED lights on the camera body to improve handling in low light.

The list of accessories includes several weather-sealed flashes, wireless remote control, and the battery grip D-BG6. The battery grip is weather-protected as well. It has buttons for vertical handling and may be equipped with a D-LI90 lithium-ion battery or six AA batteries.

The Pentax K-1 Mark II will be introduced in late March, according to the Norwegian distributor, Focus Nordic. The recommended sales price of the camera body will be NOK 20,200 (US price $1,996,95 B&H).

Even though the camera is not yet in stock, some Norwegian dealers have started to let the price come down below the NOK 20,000 mark.

The battery grip D-BG6 is the same that has been available for today’s Pentax K-1. A price check at various net shops shows that it is available at a wide price range, the least expensive at NOK 1,694, the most expensive at NOK 3,995. So, check the price before you buy. 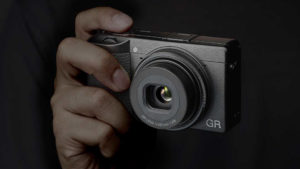 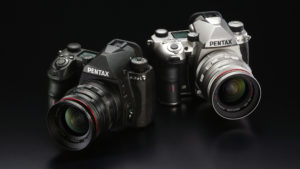 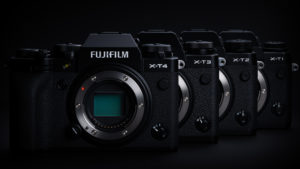