The two new Samsung mobiles, Galaxy S9 and S9+, will be available on March 16, 2018. Finally, you can have a mobile camera with multiple aperture settings.

We are not talking about an extensive aperture scale, though. The mobile Samsung cameras S9 and S9+ have a choice of two aperture settings only, f/1.5 and f/2.4.

You could say the latest iPhone mobiles have had it too. The iPhone 8+ specs show both f/1.8 and f/2.8. But here we are talking about to different lenses. One is the main camera with a wide-angle lens and a fast aperture. The other is an additional camera with a moderate telephoto focal length and a moderate aperture speed.

On the new Samsung Galaxy S9 and S9+, we are talking about one lens offering two aperture settings. On the S9+ it is the main camera, as this mobile also has an additional camera with a moderate telephoto focal length, just like the iPhone 8+.

The ordinary iPhone 8 has one camera, like the Samsung Galaxy S9.

All the mobiles mentioned in addition have a selfie camera. I just mention it to avoid a misunderstanding of what this is all about.

Talking about misunderstandings: Someone who seems to have misunderstood the concept is the person who wrote the Norwegian press release on the launch of Samsung Galaxy S9 and S9+. In the press release, there is a mix-up of fixed aperture and fixed shutter speeds. The writer claims that mobile cameras so far have had a fixed shutter speed. The fact is that mobile cameras usually have a fixed aperture setting. The amount of light reaching the image sensor is controlled by automatic adjustment of shutter speed and ISO setting, which can be changed, while the aperture setting is fixed.

In spite of the erroneous press release, there is no doubt that Samsung is an innovative mobile phone manufacturer, with exciting innovations in the field of mobile camera technology. The fact that we now have a mobile camera with two aperture settings shows that our mobile cameras are getting more advanced, more adaptable to various conditions than before. That’s great news.

In slow-mo, the recording starts when movement is detected in the frame, according to Samsung.

The main camera on both models has a resolution of 12 megapixels, with an aperture setting of f/1.5 and f/2.4. The focal length equals a wide-angle view comparable to a 26mm lens. The pixel size is 1.4 micrometers/microns.

The S9+ model has an additional portrait camera with a moderate telephoto focal length which equals 52mm. The aperture speed is f/2.4, and no other aperture settings are available. The pixel size is one micrometer/micron.

Besides, both models have a front camera for selfies. The front camera resolution is eight megapixels with an aperture speed of f/1.7 and focal length which equals 25mm.

Here is a brief summary of the other specs.

One of the new functions is the AR emoji function. The feature is based on an analysis of 2D portraits of the user, registering more than one hundred facial expressions. The computer makes a 3D copy of the face. The result is a personal AR emoji which can show various head movements and facial expressions, based on the user’s face. Besides, those expressions may be shared in the standard GIF format compatible with most messaging services. AR is Augmented Reality, a mix of real-life images, video clips, and computer animation, in this case, the user’s face.

According to Samsung, the new Samsung flagship mobiles have excellent sound quality thanks to the built-in Dolby Atmos stereo sound speakers.

The Samsung Galaxy S9 and S9+ mobiles can use the docking system called DeX Pad, which is also available for Galaxy S8, S8+, and Note8. The DeX Pad system contains an HDMI cable, a charger, and a data cable.

Both have 64GB built-in storage space that can be combined with a Micro-SD card for a total of 400GB of storage space.

Enjoy the promo video by Samsung: 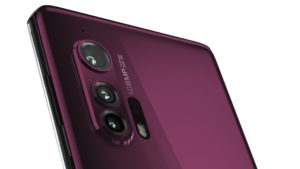 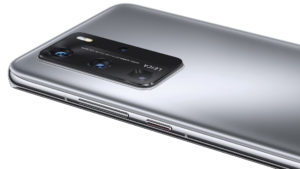